The MPS redevelopment was completed in May last year, however the opening was pushed back due to the ongoing Covid-19 pandemic.

The opening ceremony was led by MLHD Board Chair Gayle Murphy, with a Welcome to Country and smoking ceremony performed by Uncle John Casey.

Ngarigo woman Chris Casey, who trained and worked as a nurse at Tumbarumba Hospital from 1988 to 1992, presented a mural painted by herself and local artist Brenda Wiggett.

“This mural represents both men’s and women’s business by telling the traditional dreamtime stories on how we pass our history and culture down to the next generation,” she explained.

A stone monument was also unveiled by Uncle John Casey, sitting within a native garden and asking people to remember the Ngarigo country on which it stands.

“At least 25 per cent of Tumbarumba people are descendants of Aboriginal people,” he said, thanking everybody for their attendance at the opening ceremony.

“For 30 years I’ve been trying to establish Aboriginal people in this community; until the amalgamation, we weren’t even recognised, so I thank the Tumut Council for that.”

He said that the plaque represents not only the Ngarigo people, but all First Nations people in the community.

Also addressing the crowd was Albury MP Mr Clancy, who spoke about the natural environment surrounding the site and how important it is for caregivers – including hospital staff and traditional owners – to be a part of the local MPS.

“To all those who have been involved in the construction of this MPS, congratulations, well done on a remarkable effort,” he said.

MLHD Chief Executive Jill Ludford also addressed the crowd, reflecting on the time in 2017 when the project was first announced by former Albury MP, Greg Aplin.

“You might think that 2017 was a while back, but this was actually quite a complex project and it involved building a new facility around an existing facility whilst we cared for our patients and our residents, who are sitting with us today,” she explained.

The MPS redevelopment project includes a new 24-bed residential aged care wing, with the existing 16 aged care rooms also refurbished. Ms Ludford said that the now 40-bed facility is one of the largest in the Snowy Valleys.

The redevelopment also includes three accommodation units, which is said to help with attracting workers and students and assisting visitors and hospital staff.

Ms Ludford said that the MPS model is important because, along with aged care, it provides emergency services and primary health care all under the one roof.

She took the time to thank a number of people and groups, including the MPS’ residents for their patience, the MPS’ dedicated staff, the project management team and health infrastructure team, Chris Blake and the Local Health Advisory Committee (LHAC), the Friends of the Hospital, the Toomaroombah Kunama Namadgi Indigenous Corporation and Richard Crookes Constructions.

Mr Blake spoke on behalf of a number of the LHAC and thanked a number of community groups for their support and involvement in the redevelopment project. In particular, he thanked former General Manager of Tumbarumba Shire Kay Whitehead, who lobbied for the redevelopment; Col Goldspink, past President of Friends of the Hospital, who was “extremely passionate” about the building; and Brent Livermore, who helped with the design of the building as a past President of the LHAC committee.

The redevelopment was delivered through a collaboration between Health Infrastructure and the MLHD as part of the NSW Government’s $304 million MPS Program.

With the opening of the new facility, the issue of doctor shortages was raised. Tumbarumba MPS does not have a permanent doctor, and there was no doctor on-site over the weekend during Tumbafest – arguably the town’s biggest weekend.

Mr Clancy acknowledged the issue of staffing challenges “right across regional Australia” and said that “the facility itself demonstrates the commitment that we have in terms of providing health.”

Ms Ludford said that one aim of the new accommodation units as part of the redevelopment is to attract workers, with the chance of them staying on permanently.

“Quite often we might attract somebody on a temporary basis to come and work with us from an agency, and they love it so much with the beautiful views of the Kosciuszko ranges that they might choose to stay,” she said.

The MLHD is “actively encouraging” people to come and work in the new facilities, Ms Ludford said, saying the health district wants to work with Snowy Valleys Council to attract doctors.

“Once that’s been sorted out, we’d like to come together with all the providers in the Snowy Valleys region; we’ve got piecemeal resources here and there and we want to bring them together and see how we can provide more primary care health services for the community, but also look after the hospital,” Ms Ludford said. 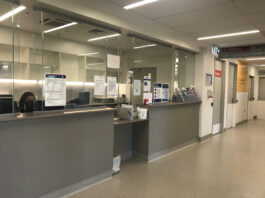 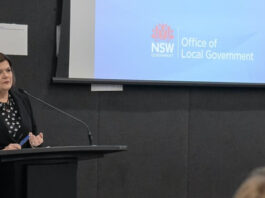