Despite going down 19-8 to the Royal Devils in round six of the Tumut Pub 9s at Twickenham on Friday night, the Tumbarumba Greens are a chance of qualifying for the Bristow Madigan Plate final that will be played next week.

Currently in sixth place and on five points, the Greens need to beat Commercial Sharks this Friday and hope Woolpack beat Adelong or Royal defeat Batlow.

Tumbarumba tested the second-placed Royal Devils on Friday, playing an uncompromising brand of rugby league before eventually going down 19-8.

Royal started hard and fast, with Shane Herrington, Chris Rainbow and Coen Potter all making decent breaks, but a hard-working Tumbarumba defence foiled their attacking raid on each occasion.

Eventually, the pressure was too much for the Greens defensive line and Kaidan Bell scored a good try under the post before converting his own try, taking his side ahead 7-nil.

The Greens fired next, with some good work off the back of a Matthew Byatt hit up leading to Tyron Lesniak scoring, taking the score to 7-4.

It was Chris Bell showcasing some razzle dazzle next, scoring an entertaining try on the left edge for the Royal but Tumbarumba soon hit back, with Nathan Hammond scoring and the Royal went into the break ahead 11-8.

The Greens nearly went ahead just after half time, with some enterprising play resulting in a Todd Bennet chip and chase that was regathered by Nathan Hammond.

Hammond passed back to Bennett, who looked to be in open pasture, but the play was thwarted by some last-ditch Royal defending.

The remainder of the half was a defensive struggle with both teams holding strong, but fatigue finally caught up with Tumbarumba, and Kaidan Bell capitalised as he evaded multiple defenders and was able to put Stephen Gill into space for a good try, while Jamie Hibbens rounded out the win with a try on the left edge and Royal left 19-8 winners.

Tumbarumba will now have it all to play for on Friday when they meet Commercial at 7.45pm.

Pub 9s team of the week 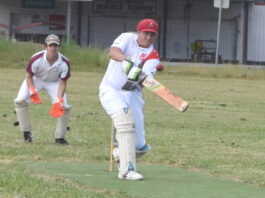 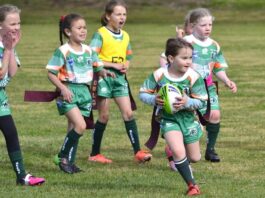