﻿Tumbarumba may be out of lockdown but community sport is still a no-go at this stage, leaving many local people involved in such sport disappointed.

“From the point of view of the Association it is pretty disappointing,” he said.

The Tumbarumba Junior and Senior Associations held their AGMs via Zoom on Tuesday September 7, and the outlook for the cricket season was good.

“We basically got good feedback,” he said.

There were enough junior players interested to field five under 16 teams.

“There are quite a number of kids interested in playing in an under 16 competition, but we will have to wait and see,” Mr Schwab said.

The junior competition is due to start in late October.

“The good thing is we have plenty of time, but we don’t know what’s going to happen. It would be disappointing for the kids if it didn’t go ahead.”

Each junior club had 14 players last season, and the indication is strong that around the same amount would play in the upcoming season.

“It was a pretty good response this time, so the interest is there, and the enthusiasm is there; it’s just a matter of if we can get going,” he said.

“We are going have to wait and see what’s going to happen, but at least we have some time.”

The senior teams in the Tumbarumba competition usually begin with two weeks of T20 cricket before the regular competition starts in the last weekend in October.

“We have a rough idea of what dates we would start on but nothing is firmed up yet,” Mr Schwab said.

“There is certainly interest there.”

For this competition to be cancelled would be a bitter pill to swallow because it was basically washed out last season.

Another factor for consideration is that two of the clubs, Tooma and Jingellic, draw players from Victoria.

“Regional Victoria is out of lockdown, but it is a day-by-day proposition,” Mr Schwab said.

“At the moment, we will have to wait and see what happens.”

Mr Schwab is also publicity officer for Tumbarumba Tennis Club, which is in a similar position.

“In the first week of the school holidays, we usually have junior tennis coaching, but that has been canned because the coaches come from Sydney,” he said.

The club’s night competition starts in November, and teams are called for in October. There were nine teams across two grades last season, but this season is under a similar cloud. 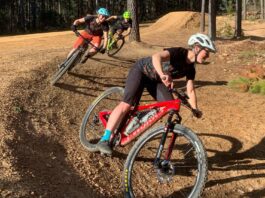 Mountain bikers go down to the wire 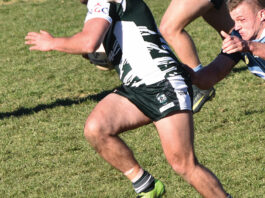 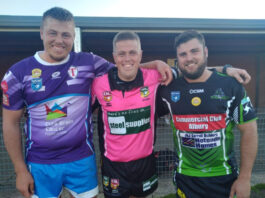