The predicted inclement weather including snow and hail, forced a change of venue for round 2 of the Spring Fling from the old Town Common to the Police Paddock, to avoid a mud-fest.

Sunday was the choice day for riding, with snow falling about town on Friday and Saturday and squalls of rain throughout the rest of the week. Despite this, a few hardy riders did get out before the sun shone.

After a low turnout, most likely due to the bad weather, but possibly due to the tough course, race director Brett Nurthen, granted a 24 hour extension to the cut off for recording a time.

Darren Greene was the only rider able to record a faster time than in May, improving his time by one second.

James Davies continued his reign in A-grade, over a minute faster than the next rider, however there was close competition with just 10 seconds separating the next three places, taken by Brett Nurthen, Todd Bremner and Ria Johansen.

Nurthen, who braved the conditions on Saturday said “It was good to get a practice lap in to get re-acquainted with those tricky switchbacks and a feeling for the berms. Then on Sunday, a few extra PSI in the tyres and some caffeine made all the difference for the uphill climb.”

Johansen, who missed the Police Paddock round in the last series due to a wrist injury said it was great to be back.

“Having missed it last time, it was great to race the Police Paddock again, but I decided not to take advantage of the extension to try and close the small gap to the boys in front of me, given it didn’t work out too well for me last time,” she said.

Both Jo Ann Crane and Peter Marshall reported that they had found the climbing in the course really tough this week, with Crane commenting she was “really inspired by those who gave it a shot several times, particularly Todd Bremner who after some bad luck with the Strava gods, rode the course twice in a row on Sunday, and then again on Monday.” Marshall on the other hand, questioned Bremner’s sanity.

The competition was also tight in B-grade, with less than a minute separating the top three places, with Darren Greene taking the top position on the B-grade podium for the first time.

Gus McEachern, who is a relative newcomer to the sport, said the course was a great track to test the relationship between endurance and skill.

“My self-analysis found endurance has improved slightly, but it negatively impacted my skill on the downhill,” McEachern said.

“I lost time on the downhill section. It just makes you want to go back and have another go.”

Felicity Anderson took out C-grade, with no other C-graders prepared to take on the Police Paddock under the weather conditions.

This week, riders return to the Mason’s Hill Pines to tackle a new and interesting course set by race director Brett Nurthen. 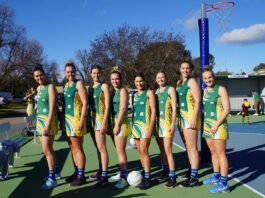 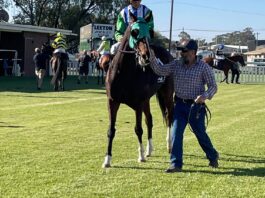